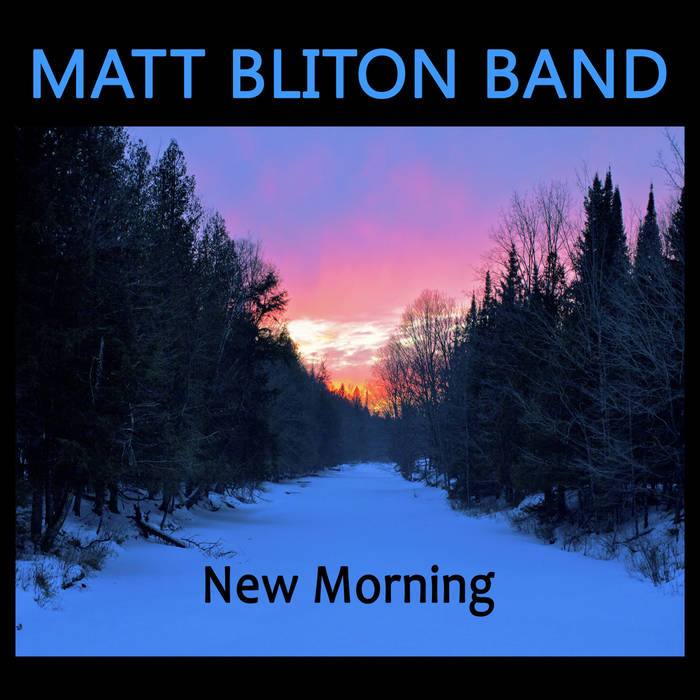 Two of the songs are older (“New Morning Song” and “Ocean and Me”) which appeared on "basement tape" recordings, and two are public domain sorts of songs (“Sylvie,” attributed to Leadbelly, and “Circle Around the Sun”) which I have been playing for years. The rest of the songs were written during the making of the previous album, Solid Ground/Endless Sky. We were thinking that this would be a "folkier" album and that we would save some of the more rocking tunes for later, but one rambunctious song stood out as being too much fun to be put off.

“Sing Out Loud” started with an image of a bird with a poem in its beak, and a concern for how the opportunity of a creative moment is sometimes lost. The chorus was influenced by a friend’s statement that the good of one person is not selfish or self-contained, but will naturally benefit everyone that person interacts with.

I suspect “Well, Nevermind” was an attempt to lampoon the obsessive nature of infatuation and the general desire to “win folks over”; both seem to lead to confusion and hard feelings. I enjoy Jim's rhythm guitar work and Nate's mandola playing, and (of course) the guitar solos by Jim and Ray. Thanks to Mike Smalley for his distinctive bass playing and for the percussion work by Ty Forquer, Nate, and Steve Springer. We were trying for a different feel and I think we were successful.

“New Morning Song” began with a chord progression I was using as a teaching aid for my guitar students. The words showed up early one morning when I was journaling, and trying to address the challenge of traversing the distances that sometimes emerge in a relationship.

“Yesterday Man” was influenced by a They Might Be Giants tune where Particle Man is put-upon and, sadly, defeated by Triangle Man. The song is also informed by Deepak Chopra’s thoughts about the dysfunctional relationship we often have with time. Nate’s “steelpan” made a great addition and this song is another example of the awesome guitar tones Jim selects for a given song and what he can do with six strings.

“If the Devil…” started with a chord progression and a man from England who said something about the devil “taking the hindmost,” i.e., the slackers, when we were talking about being too busy. The narrator developed into an immigrant who was newly and courageously in love, and trying to throw off old fears and constraints. He seems to be "whistling in the dark," but convincingly so. Nice percussion, yes? Thanks Steve.

I believe I first heard “Sylvie,” developed by Leadbelly, on a cassette by Sweet Honey in the Rock, and I am delighted by what multiple voices and instruments can do to a relatively simple song. I love the interaction between Jim and Ray on the second instrumental verse. Thanks to my friend Rick Loftus for lending me one of his banjos.

“Just One Thing” was influenced by information about the development of language, how memories change over time, and a suspicion that personal drives originate in deep, but familiar places. This song was a first take, with Drew Howard adding his magic (pedal steel and guitar) later.

“Ocean and Me” started as a simple chord progression. The lyrics were influenced by a friend’s playing of a folk song about a man who made his money on a three mast cargo ship, and spent it quickly on shore, leaving him no choice but to go to sea again. The lyrics are an allegorical attempt to address the chemical dependency in my family tree (but in neither of my grandfathers.) I am grateful for the work of Nate, Ray and Jim on the instrumental verses, and Teresa’s vocal duet in the fourth verse came as a surprise that made perfect sense; well done Teresa.

“What Mr. Crow Said” was written much as “New Morning Song” was; same couch, but in warmer weather. This narrator is a character from a piece of fiction I was working on, and it takes a while for his heartache to emerge in the lyric. Great harmonies.

“Circle Around the Sun” is a traditional song I first heard on an early recording by James Taylor. I enjoy the expressiveness of Jim's guitar lick and the drive of Steve's drumming. My alternative guitar tuning set a tone that the band ran with – one of our favorites.

“Zombie Baby” started with a chord progression that brought to mind the big-footed walk of Frankenstein, but, as I had been writing mostly love songs, the focus of the lyric aims at the issues that came up between a young couple as often happens when one person in a relationship changes faster than the other.

It is rewarding to write songs, bring them to a group of musicians and vocalists (and Ryan Wert, the recording engineer,) and then watch an album develop over a year's time. It is a special pleasure to play with musicians whose talents, years of experience and practice enable them to surprise and delight us, especially Drew Howard, Jim Green, Nate Bliton and Ray Kamalay. Similarly, I am very grateful to Rick Seguin, JIm Green, Teresa Goforth and Robby Richardson for developing these tasteful background vocals; their time and talent add to the depth of the recordings.

My big thanks goes out to our awesome and steady drummer Steve Springer for his dedication, attitude, and skills, as well as to our team the bass players; Pat Hudson, Mike Smalley, and Tim Patterson. This project would not have been completed without Nate and Jim (and their heroic efforts and crafty contributions in adding tasteful layers to several of the tunes,) and without Christyne Bliton and Ryan Wert, their skills and patience.

I have been supported as a musician and vocalist in many ways and by many people, but I owe specific thanks to my songwriter friends; Jon Ritz, Patti Spinner, Jim Green, Pat Hudson, Lucille Olson, and Linda Abar. Also, the band has benefited tremendously from the generous artful contributions of Corrina Van Hamlin, Fred Clark, John McGraw, John Taylor, and Matt Souden. Finally, I want to acknowledge the awesome (and often subtle) support I have received from Rob Flanders, Rick Loftus, Joni Rognon, Julie Dillion and Laura Wise, and the encouragement of countless others, but especially my folks and my Chris.

Bandcamp Daily  your guide to the world of Bandcamp